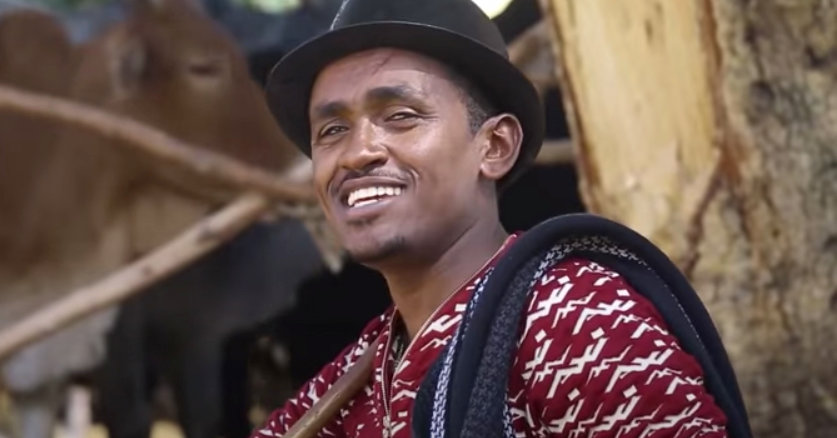 NAIROBI, Kenya — Ethiopians erupted in protest on Tuesday over the killing of Hachalu Hundessa, a prominent Ethiopian singer, songwriter and activist, who was shot dead in the capital, Addis Ababa, late on Monday night.

At least nine people were reported killed and many dozens injured in the unrest, heightening tensions in a nation taking stuttering steps toward establishing a multiparty democracy.

Mr. Hundessa, 34, whose protest music galvanized members of the country’s largest ethnic group — the Oromo — was shot in a suburb of Addis Ababa and taken to a hospital after the attack, but died later of his wounds, the city’s police commissioner, Geta Argaw, told the state-affiliated broadcaster Fana on Tuesday. Mr. Argaw said suspects had been arrested in connection with the killing, but did not provide names.

Hundreds of people congregated at the hospital in Addis Ababa where Mr. Hundessa’s body was taken, videos on social media showed, and protests broke out there and in other parts of the country. At least nine protesters were killed and 70 others injured in protests in Adama, a town about 60 miles southeast of Addis Ababa in the Oromia region, according to a doctor at the general hospital there who did not want to be identified for security reasons.

The killing drew condemnation from Ethiopian officials and citizens both inside and outside the country, with many remembering how his songs encouraged the country’s ethnic Oromo group to fight against repression. Even though they are Ethiopia’s largest ethnic group, the Oromos have long complained of economic and political marginalization.

“Hachalu was the soundtrack of the Oromo revolution, a lyrical genius and an activist who embodied the hopes and aspirations of the Oromo public,” said Awol Allo, a senior law lecturer at Keele University in England who has written extensively about Mr. Hundessa’s music.

His songs, Mr. Allo said, were at the heart of a groundswell of antigovernment resistance that began in 2015 with street protests in the Oromia region that eventually led to the resignation of the prime minister at the time, Hailemariam Desalegn. Through ballads like “Maalan Jira” (“What existence is mine”) and “Jirraa” (“We are here”), Mr. Hundessa was credited for capturing not just the struggle and frustrations of Oromo protesters but also their dreams for the country, Africa’s second-most populous nation after Nigeria.

“Hachalu was exceptionally courageous and a man of many great talents,” Mr. Allo said in an interview. “His songs mobilized millions of Oromos across Ethiopia.”

Internet service across the country was shut down at approximately 9 a.m. local time, according to Berhan Taye, an analyst at the nonprofit Access Now. The move, she said, “is simply driving confusion and anxiety among Ethiopians and the diaspora” especially as they seek “credible, timely information” at such a time of crisis.

Prime Minister Abiy Ahmed expressed condolences at the killing of Mr. Hundessa and called for calm. The 2019 Nobel Peace Prize laureate faces the daunting task of limiting the spread of the coronavirus while sustaining economic growth and taming an uproar over elections that had been scheduled for August but were postponed because of the pandemic.

“We are waiting for the police to provide us with a full report about this heinous act,” Mr. Abiy said in a statement posted on Facebook. “We understand the gravity of the situation, and we are paying attention and monitoring activities in the country. We should express our condolences while protecting ourselves and preventing further crimes.”

In an interview with the Oromia Media Network last week, Mr. Hundessa was vocal in his denunciation of the violence committed by past emperors and regimes, but also criticized the current prime minister’s leadership.

The media network was founded by Jawar Mohammed, a media magnate who belongs to the same Oromo ethnic group as Mr. Abiy but who is a fierce critic of the prime minister. Even though Mr. Abiy has introduced wide-ranging overhauls, his government has come under criticism for detaining journalists, for blocking the internet and for cracking down on protesters.

Human rights groups have accused security forces in Mr. Abiy’s government of carrying out extrajudicial executions, rapes, arbitrary arrests and detentions. Rights groups also say that the government has failed to bring to justice police officers accused of the deaths of dozens in antigovernment protests that broke out late last year.

After Mr. Hundessa’s death on Tuesday, the media network said in a Facebook post that the authorities had stormed its studio in Addis Ababa and detained its employees. In a separate post, the network said that Mr. Mohammed, along with another prominent opposition leader, Bekele Garba, had also been arrested.

Ethiopians who knew Mr. Hundessa said that it would be a while before they recovered from the shock of his death.

“His entire life was resistance,” his friend Mohammed Ademo, who lives in New York, said. “He departed before realizing the freedom and justice he so fiercely advocated for. This is a loss unlike any other.”

Kenya’s Unusual Solution to the School Problem: Cancel the Year and Start Over

Where to Cool Off on the Savanna? Mother Chimps Know Best

5 Aladdin Characters That Should Get A Disney+ Spinoff Before Prince...

Portraits of Everyday Life in the Indian State of Gujarat

French Court Strikes Down Most of Online Hate Speech Law

A Bird? A Plane? No, It’s a Google Balloon Beaming the...

5 Killed in Hostage Crisis at Church in South Africa