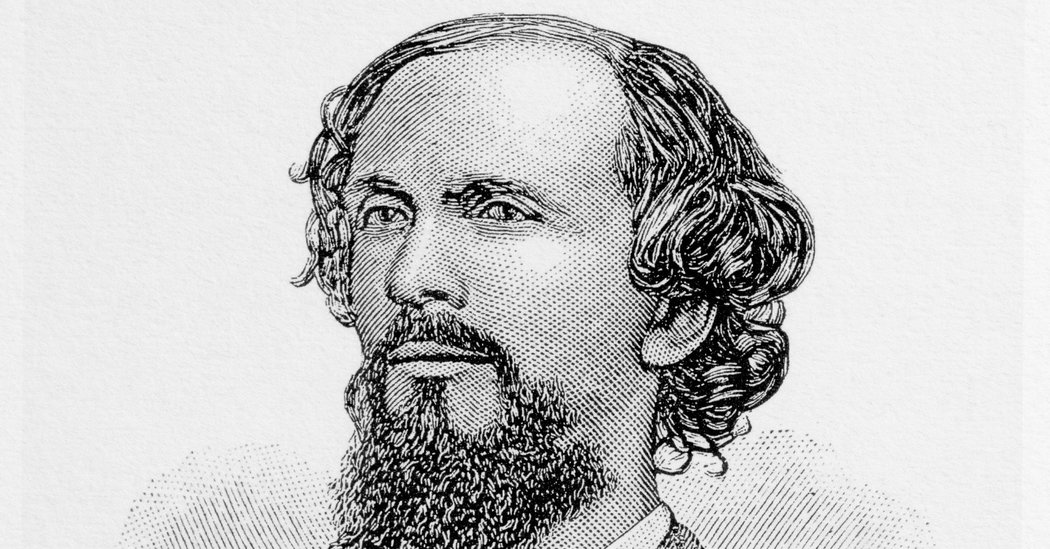 Overlooked is a series of obituaries about remarkable people whose deaths, beginning in 1851, went unreported in The Times.

By the time the lawyer and writer Karl Heinrich Ulrichs took the podium at a meeting of the Association of German Jurists in 1867, rumors about his same-sex love affairs — and the subsequent threat of arrest and prosecution — had already cost him his legal career and forced him to flee his homeland.

Standing in Munich before more than 500 lawyers, officials and academics — many of whom jeered as he spoke — Ulrichs argued for the repeal of sodomy laws that criminalized sex between men in several of the German-speaking kingdoms and duchies that existed in the years before the creation of a unified German state.

“Gentlemen, my proposal is directed toward a revision of the current penal law,” he said, according to the historian Robert Beachy in the 2014 book “Gay Berlin: Birthplace of a Modern Identity.”

Ulrichs described a “class of persons” who faced persecution simply because “nature has planted in them a sexual nature that is opposite of that which is usual.”

Same-sex attraction was a deeply taboo topic at the time; the word “homosexuality” would not even exist for another two years, when it was coined by the Austro-Hungarian writer Karl-Maria Kertbeny. So the ideas in Ulrichs’s speech — that such attraction was innate, and that those who experienced it should be treated the same as anyone else — were revolutionary.

His remarks preceded by more than 100 years the Stonewall riots in New York in 1969, which are widely seen as the start of the modern L.G.B.T.Q. rights movement.

They helped inspire the rise of the world’s first gay rights movement, 30 years later in Berlin.

They foreshadowed the imposition of a sodomy law across the German Empire that would later be used by the Nazis to target gay men, thousands of whom were killed in concentration camps.

And they made history: Ulrichs is believed to have been the first person to publicly “come out,” in the modern sense of the term.

“I think it is reasonable to describe him as the first gay person to publicly out himself,” Robert Beachy said in an interview. “There is nothing comparable in the historical record. There is just nothing else like this out there.”

His speech was also deeply unwelcome at the 1867 meeting, where the audience erupted in shouts of “Stop!” and “Crucify!” that ultimately forced Ulrichs off the stage.

For much of Ulrichs’s life, same-sex relations were widely seen as a pathology or as a sin to which any person could succumb if seized by wickedness. These views still exist in some parts of the world.

Ulrichs helped forge the concepts of gay people as a distinct group and of sexual identity as an innate human characteristic in a series of pamphlets he wrote from 1864 to 1879 — at first under a pseudonym, but under his own name after he gave his speech at the 1867 conference.

“By publishing these writings I have initiated a scientific discussion based on facts,” he wrote in a letter published in 1864 in Deutsche Allgemeine, a pan-German newspaper.

“Until now the treatment of the subject has been biased, not to mention contemptuous,” he added. “My writings are the voice of a socially oppressed minority that now claims its rights to be heard.”

His work was widely read by sex researchers. One of them, Richard von Krafft-Ebing, cited the pamphlets in his pioneering 1886 text, “Psychopathia Sexualis,” which described homosexuality as a mental illness.

In later editions, Krafft-Ebing published letters from men who had read about Ulrichs in his book. The letters showed that not only did Ulrichs’s pamphlets explore theories about sexuality, but they also helped foster a sense of community.

“I cannot describe what a salvation it was for me,” one of the men wrote, “to learn that there are many other men who are sexually constituted the way I am, and that my sexual feeling was not an aberration but rather a sexual orientation determined by nature.”

Karl Heinrich Ulrichs was born on Aug. 28, 1825, in Aurich, in the kingdom of Hanover in northwestern Germany, to an upper-middle-class family that included several Lutheran pastors. He studied Latin and Greek before beginning his legal studies at the University of Göttingen.

He secured prestigious positions in the Hanoverian Civil Service, but rumors about his same-sex relationships — and laws against public indecency — led him to resign his post as an assistant judge in 1854. He became a journalist for Allgemeine Zeitung, a pan-German newspaper published in Bavaria.

In the years before the invention of the German word “homosexualität,” a term that eventually found its way into English and other languages, Ulrichs’s pamphlets provided readers with a morally neutral vocabulary to describe themselves.

Those terms were inspired by his study of the classics, in particular the story of Uranus, the god of the heavens, who was portrayed as both father and mother to the goddess Aphrodite in Plato’s “Symposium.”

The concept of transgender people as distinct from gay, lesbian or bisexual people did not exist at the time, said Paul B. Preciado, a transgender philosopher at the Pompidou Center in Paris who has written about Ulrichs.

Ulrichs’s writings, including his pamphlets and a series of letters to his family, whom he informed of his same-sex desires in 1862, were based on an understanding of gender and sexuality as fundamentally interconnected.

For Ulrichs, urnings were a sort of third gender who possessed the physical body of a man but the inner spirit of a woman, which Preciado described as “a female soul confined within a man’s body.”

Ulrichs was a German nationalist, Beachy said, and in addition to the legal emancipation of urnings, his other great political passion was German unification.

He used his writings to oppose the growing domination of the Kingdom of Prussia, a military and political powerhouse that seemed determined to bring the other German states under its control.

He feared that Prussia would succeed in uniting the German states and would introduce its sodomy law into lands that did not criminalize same-sex activity, including his native Hanover.

Ulrichs’s fears about Prussia proved correct. Prussia annexed Hanover in 1866, and Ulrichs was jailed twice in 1867 for anti-Prussian activities before he was banished from his homeland.

His personal papers were confiscated, including a list of 150 suspected urnings in Berlin that was taken to the desk of Otto von Bismarck, who orchestrated the unification of Germany in 1871.

By 1872, the Prussian sodomy law, also known as Paragraph 175, had been adopted by all the states of the new German Empire. It was a crushing blow for Ulrichs.

He published one final pamphlet in 1879 and then crossed the Alps by foot and settled in Italy, where his public advocacy for urnings ceased. He spent his remaining years editing a small Latin-language literary journal. He died on July 14, 1895. He was 69.

Paragraph 175, which criminalized sex between men but did not address lesbianism, remained in place in some variation for more than 100 years. It was ultimately repealed in 1994.

In 2017 the German Parliament voted unanimously to void the convictions of roughly 50,000 men who had been prosecuted under the law since World War II and to compensate thousands who were still alive.

Ulrichs was celebrated by early-20th-century gay activists like Magnus Hirschfeld, but after the rise of Nazism his contributions to history were forgotten for decades. Today there are streets named for him in Berlin, Munich, Hanover and other parts of Germany.

Inside the colourful world of Tim Braden

Spain’s Villages Wage a Lonely Fight Against the Coronavirus

Best student laptops 2020: The top laptops for school, university or...

The 12 Best Stand-up Comedy Specials To Stream On Amazon Prime...

A Glimpse Inside the Secluded World of a Georgian Convent

Musée d’Orsay to Expand Spaces for Exhibitions and Education