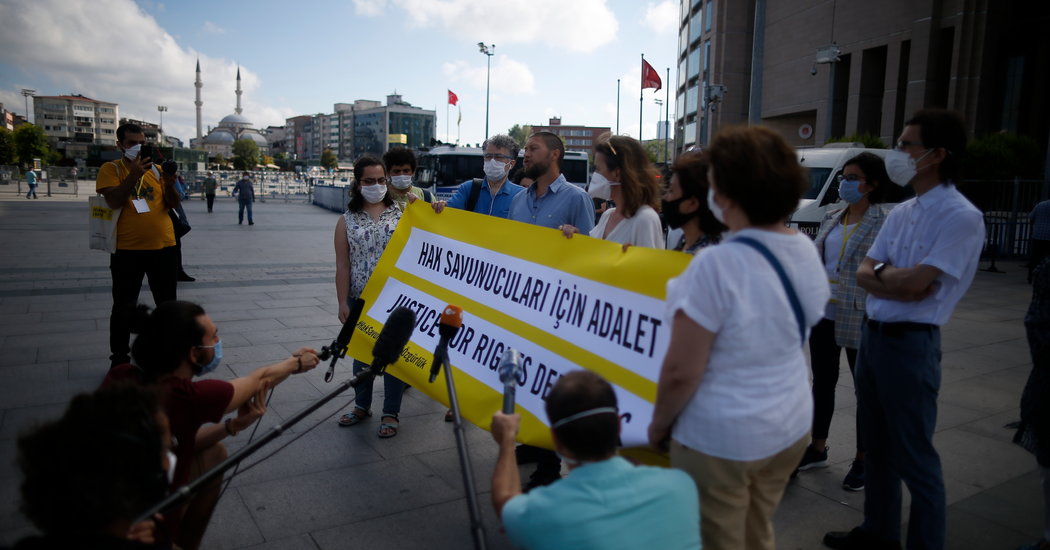 A Turkish court on Friday convicted four human rights activists of terrorism charges, including two former leaders of Amnesty International, as part of a broader crackdown on opposition voices in the country.

Their cases are the latest in a widespread crackdown on dissent in Turkey in the wake of a failed 2016 coup attempt. The crackdown has seen hundreds put on trial and deepened political divisions within the country.

While the government accused the group of terrorism, critics say the trials are part of an arbitrary system under President Recep Tayyip Erdogan that has targeted human rights defenders with baseless accusations and used the justice system to close down civil society activism.

The prosecution maintained that those on trial are connected to Fethullah Gulen, a cleric accused of having organized the plot to overthrow Turkey’s government from his base in Pennsylvania. Mr. Gulen has denied any involvement and has accused Mr. Erdogan of orchestrating it as an excuse to seize more power.

The four convicted on Friday spent three years fighting the charges. As no detention orders have yet been issued, they will not be imprisoned pending their appeals, and the appeals process could take years. Seven other defendants who were also on trial were acquitted on Friday.

In a statement, Andrew Gardner, Amnesty International’s Turkey researcher, called the convictions a “travesty of justice of spectacular proportions.”

“This verdict is a crushing blow not only for Taner, Ozlem, İdil and Gunal and their families but for everyone who believes in justice, and human rights activism in Turkey and beyond,” he said.

Idil Eser, who was once the director of Amnesty’s Turkey office, was detained in 2017 in a raid on a digital security workshop in Istanbul alongside several other activists who ended up on trial. Mr. Kilic was arrested separately a month earlier in the city of Izmir and was held in prison for nearly a year and a half before being released late last year under court orders.

A day before the sentencing, Ms. Eser called the trial politically motivated from the start and said it was intended to intimidate other activists.

“These prosecutions aim to silence those in the dock and send a message to the rest of society: fight for human rights or speak the truth at your peril,” she said in a statement.

Human rights experts say the convictions signaled an erosion of civil society in Turkey. Mary Lawlor, the United Nations special rapporteur on human rights defenders, said in a statement that the evidence introduced to support the charges “has yet to clearly demonstrate how their activities amounted to terrorism.”

“They should never have been prosecuted,” Ms. Lawlor wrote in a post on Twitter following the decision.

Parents, Students and Teachers Give Britain a Failing Grade Over Exam Results

Clothing brand selling a &apos;digital shirt&apos; for £500 that only exists...

As U.K. Deaths Mount, the Political Terrain Gets Trickier for Boris...

Wondering How to Lose Weight in Your Sleep? These 5 Weight...

Some Hospitals Are Close to Running Out of Crucial Masks for...

Robert Pattinson: 6 Things You Need To Know About The Next...

Playing by the Rules: Dutch Leader Offers a Sober Contrast in...

At Drive-in Disco, It ‘Feels like Saturday Again,’ Even Without a...