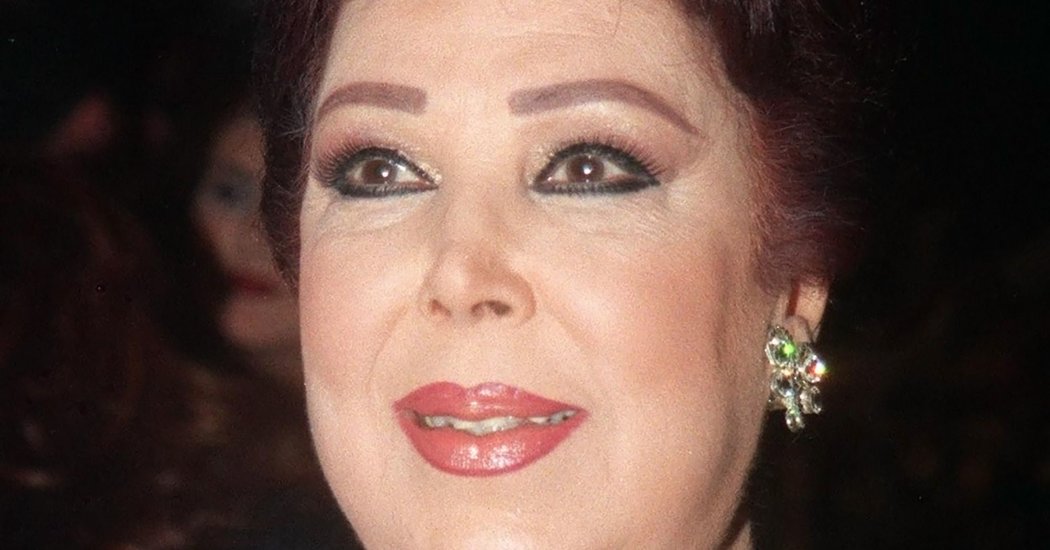 CAIRO — Ragaa el-Gedawy was rarely the leading lady of the movies she starred in, but that did little to diminish her standing as one of Egypt’s most beloved actors.

In a prolific career that spanned six decades, from the golden age of Egyptian cinema in the 1950s until a few months ago, Ms. el-Gedawy had roles in more than 300 plays, films and television series. Her combination of grace, naturalism and comic skill, honed by a relentless work ethic, made her a cherished favorite of successive generations.

“She was the quaint actress everyone loved,” said Joseph Fahim, an Egyptian film critic. “And she was super funny. She would steal the screen from other actors with her lightness.”

Ms. el-Gedawy died on July 5 at an isolation hospital in her hometown, Ismailia, on the Suez Canal, after a six-week battle with Covid-19, her daughter, Amira Mokhtar, said. She was 85.

Among those mourning her death was the Belgian actor Jean-Claude Van Damme, who had met her a few months earlier. “She was so full of life, cheerful and majestic,” he wrote in a tribute on Instagram that circulated widely in the Arab world, where Ms. el-Gedawy was recognized as a stalwart of Egypt’s once-dominant movie industry.

She was born Nagaat Aly Hassan el-Gedawy (she changed her first name when she began her acting career) on Sept. 6, 1934, the youngest of five, at a time when Egypt was under indirect British colonial rule. Her parents — Aly el-Gedawy, a lawyer, and Noon-Fatma el-Gamil — divorced when she was young, and she and her sister were sent to Cairo to live with their aunt, Tahia Carioca, one of the most celebrated belly dancers of the age.

Ms. el-Gedawy was educated by Franciscan nuns at a prestigious boarding school, where she learned English, Italian and French. To support her mother, she worked first at a public parking lot, then as a translator. In 1958, she entered a beauty pageant and was crowned Miss Cotton Egypt. Show business beckoned.

In 1959 she had a role in the movie “The Nightingale’s Prayer,” which Egypt nominated as its entry in the foreign-language category at the Academy Awards that year. She worked briefly as a model in France before returning home to star alongside Omar Sharif and Soad Hosny in the comedy “A Rumor of Love” (1960).

In 1970 she married Hassan Mokhtar, the goalkeeper of the Ismailia soccer team, who later helped coach the national team. He died in 2016. In addition to her daughter, she is survived by a granddaughter.

The second stage of Ms. el-Gedawy’s career started in the 1990s after she appeared in several plays with Adel Imam, one of Egypt’s most celebrated comic actors.

A flood of roles came her way, often as mothers, aristocrats or elegant businesswomen. In recent years, her work came mostly on the TV series that air during the holy month of Ramadan, when families gather around screens to gorge on their favorite shows after a meal to break the daily fast.

She had a reputation as a lively, unpretentious and hard-working actor, sometimes appearing in up to six TV series in one year.

She fell ill in late May, the day after she finished shooting her last series, “Game of Oblivion,” and tested positive for the novel coronavirus. When health officials rushed her to the hospital, accusations surfaced that she was receiving preferential treatment at a time when many ordinary Egyptians were struggling to get help.

Yet for her many fans, it was the start of a worrisome vigil.

Meet Yinka Ilori, the designer lifting moods through the power of...

LeBron James and Other Stars Form a Voting Rights Group

Africa Celebrates the End of the Wild Poliovirus (but Not the...

Turkey Braces for Yet Another Currency Crisis

Microloans, Seen as Salvation for Poor Women, Trap Many in Debt