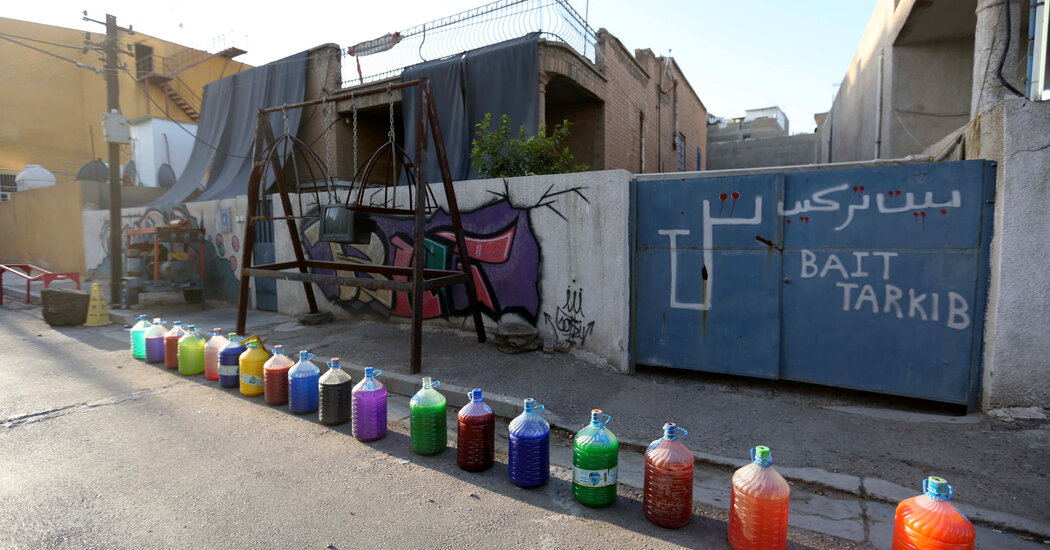 Iraqi security forces have rescued a German arts advocate, just days after her early-evening abduction near one of Baghdad’s busiest streets, Iraqi and German officials said on Friday.

The rescue of the advocate, Hella Mewis, was confirmed by Gen. Yahya Rasool, the military spokesman for the Iraqi prime minister, but much about her abduction remained a mystery.

General Rasool provided no additional details, Ms. Mewis’s health and location were unknown, and it was unclear whether anyone had been detained in the course of her rescue.

Heiko Maas, the German foreign minister, welcomed the announcement. “I am very relieved that the kidnapped German citizen is again free and in the care of our embassy,” he said, according to a statement from the Foreign Ministry on Twitter, and he thanked the Iraqi authorities for their assistance in securing her release.

It was unclear where Ms. Mewis had been held, but the court on the east side of the Tigris River, the Rusafa section of the city, was put in charge of the investigation, said Abdul Sattar Al-Birqadar, the spokesman for the Iraqi Judicial Council.

Ms. Mewis was snatched on Monday by assailants in two vehicles as she was leaving her office at the Beit Tarkib Arts Center, which she established with Iraqi artists to encourage and showcase their work.

Ms. Mewis, 45, is originally from Berlin but had worked in the Iraqi capital since 2010. She was active in supporting antigovernment protesters, whose ranks included many intellectuals and artists.

The United Nations human rights division recently documented that scores of antigovernment protesters were kidnapped during the demonstrations last fall and winter, suggesting that armed groups operating outside government control were responsible.

At the time of Ms. Mewis’s abduction, the Iraqi security forces and the German Foreign Ministry each said they had created specialized teams to conduct a search and rescue.

These Monkeys Were Once Revered. Now They Are Taking Over.

‘Now You Are Going to Die’: Beirut Bride Recounts Moment of...

Masks in Place, the Tour de France Puts On a Brave...

Ace Ventura And 8 Other Movies With Great Football Player Cameos